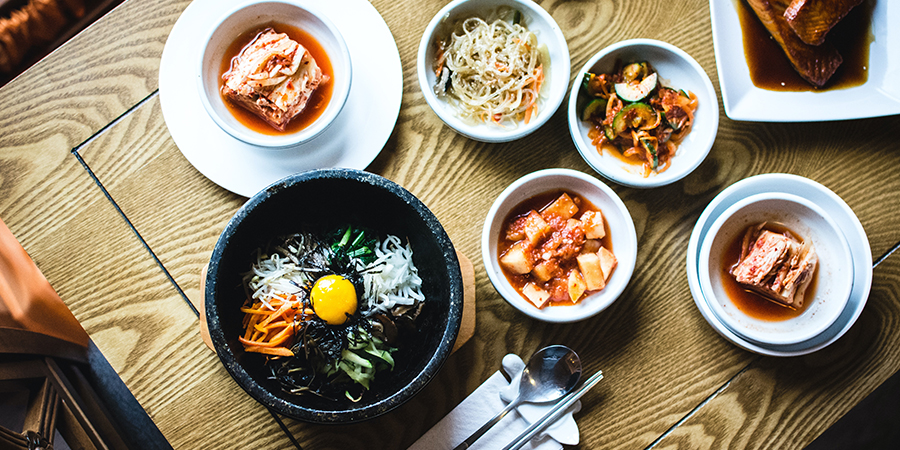 Food, one of the huge staples of culture.  In this post, we highlight traditional Korean food that is unique to Korea. There are so many dishes that make up traditional Korean food we don’t even know where to begin!  From kimchi to bibimbap to galbi, people all over the world have taken a keen liking to the culinary creations of Korea.  These days you can acquire traditional Korean food in almost any part of the world!  Panini has made a list of seven traditional Korean dishes that both natives and foreigners salivate over. As the dishes are not in any particular order, please don’t pay attention to what place they are on the list.  Also, as this is only part one of the list, stay tuned for our part two – soon to come. If you haven’t tried any of these dishes yet, you must give them a try! 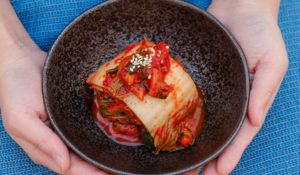 Kimchi may be the most popular traditional Korean food of all time.  Kimchi is a traditional side dish made of fermented cabbage or Korean radish.  It is usually seasoned with Korean chili powder, garlic, ginger, salt, and spring onions.  Since 2013, Kimchi has been inscribed on UNESCO’s Representative List of the the Intangible Cultural Heritage of Humanity. 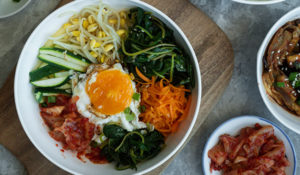 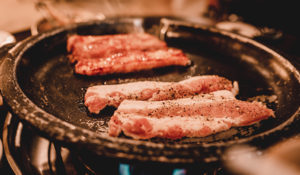 Samgyupsal, or grilled pork belly, is not only a staple to Korean cuisine but a staple to Korean BBQ.  It is almost like the Korean version of bacon, just not as salty or thin. It is fatty and is almost always had if you are at Korean BBQ! It is greasy so make sure to have a grease-cutter like Kimchi to accompany your meal. 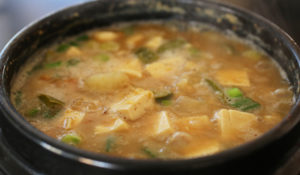 Dwenjangjjigae is another traditional Korean dish that consists of a fermented ingredient, Dwenjang. Dwenjang is a fermented soybean paste which is used in Dwenjjigae.  “Jjigae” in Korean means stew.  Korean soybean paste stew usually consists of tofu, potatoes, zucchinis, onions, garlic, spring onion, and sometimes beef brisket. Super healthy and super delicious but beware of the smell as some foreigners and even Koreans are not so fond of the smell of boiling dwenjang! 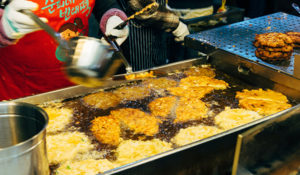 Jeon is a traditional Korean pancake or as some call it, a fritter.  There are different types of jeon such as seafood jeon, scallion jeon, potato jeon, beef jeon, and of course kimchi jeon!  The list of jeons is actually quite huge!  This dish is particularly made and eaten on Lunar New Year. 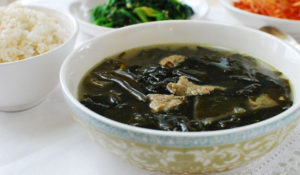 Miyeokguk or Korean seaweed soup is another traditional and healthy dish in Korean cuisine. “Miyeok” is seaweed and “guk” is soup in Korean. This soup is made by boiling seaweed, onions, garlic, and lean beef and is culturally known for being a dish you have on your birthday. 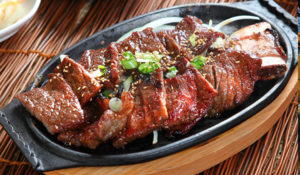 Galbi or Kalbi, is marinated short ribs and is one of the most popular meat dishes in Korean cuisine. It can be short ribs from either pork or beef, however, the beef cut is what is most known by people around the world. Of course, galbi cannot be galbi without the marinade, which is unique to Korea. The marinade consists of soy sauce as the main ingredient with garlic and sugar.  This dish is another staple of Korean BBQ and one city in the world is notorious for having the best galbi.  That city is L.A. and every Korean knows what you’re talking about when you say “L.A. galbi”.

Check out Leila’s video on Korean Food!  We definitely agree it’s one of the reasons why the Korean language and its culture is so popular 🙂 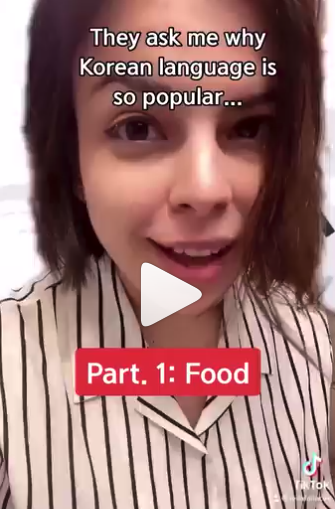 Also check out our other posts on Korean culture related topics!

Formal vs. Informal in Korean

How to Say “Piece of Cake” in Different Languages